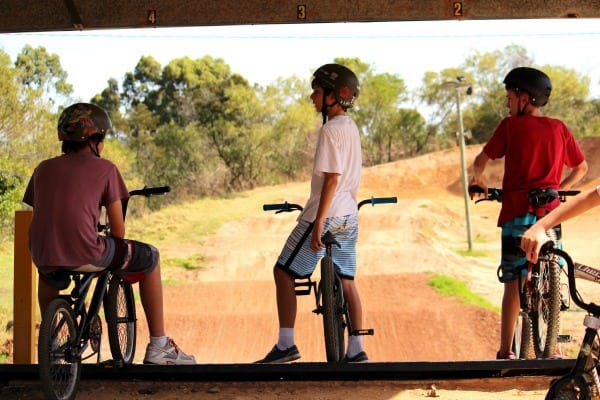 If you are a parent to toddlers or preschoolers and waiting patiently for the day you can say good bye to the swing set and soft fall bike track at the local park, believe me it will happen.

Unfortunately, once they graduate from there, you will only find yourself having to go further afield, to an all together more sophisticated and adventurous version of bike track.
Recently, my son came home from an 11 year old’s birthday party, beside himself with the joys that are the Terrey Hills BMX track, in Sydney’s Northern Suburbs.  I use the term ‘joys’ loosely and only in relation to the psyche of a tween or teenage boy.  If you are anything like me as a parent, the same feelings you may have experienced from time to time at the toddler park, will apply here too.  Read, “Can we go yet?”. 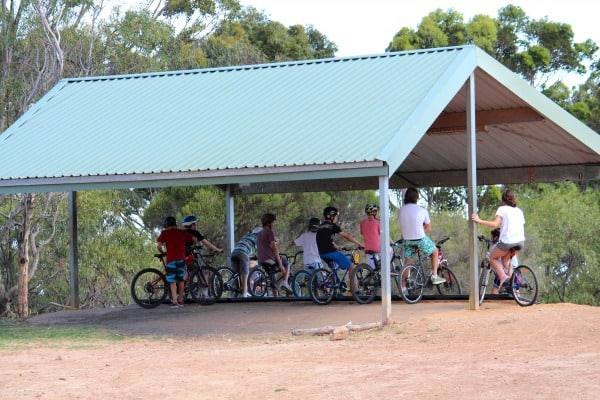 But as parents we know, as far as our kids are concerned anyway, we are basically put on this earth to delight and entertain them.  So if you are the parent of tween/teen boys, they will think you are awesome for taking them here. 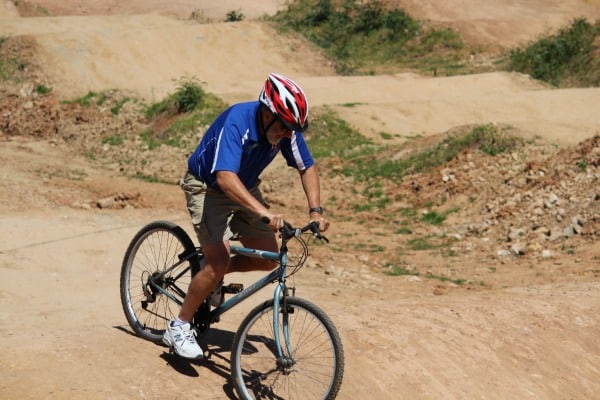 The Terrey Hills BMX Bike Track is firm, seems to be very well maintained and has a brand new tarred and covered starting gate, which for this novice to the world of BMX, seemed rather impressive.

The real benefit for you as a parent however, is all the raw energy expended by your kids organising their own race offs and riding over all the lumps and bumps in the circuit.  One thing is certain, they will sleep well after a visit to the BMX bike track.

There was one draw back however, which cannot go unmentioned.   I would advise against going to the Terrey Hills BMX Track on a hot summer afternoon after lunch, because that is when the brown snakes come out to play.  Yes, you read that correctly, but for the sake of clarity, I’ll say it again….. ‘brown snakes.’
There is an asphalt track adjacent to the bush, running around the perimeter of the BMX track.  It is on an incline, so when my son saw an unfurled brown snake sunning himself on the tarmac, he was going too fast and did not have the physical where with all to do a U turn and quietly retreat. 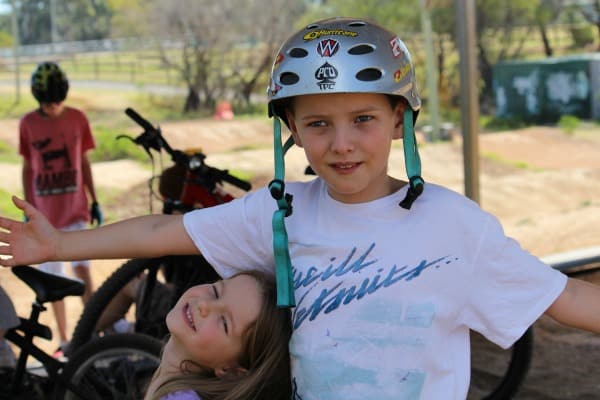 How big was it???
He made the only decision he could.  To go past it, as fast as his legs could pedal.  Trouble is, brown snakes are fast too.  They cannot see, but definitely sense it when a threat enters their realm.  He recounted that the snake moved away slightly from the bike on approach, but then launched itself full throttle at the bike there after.
Happily the snake did not get his leg, but rather the bike.  My son almost went ass over tit with shock, but managed to regroup and return safely to recount the tale.  Suffice to say, he came back as white as a sheet and with a big announcement.
This year, he would be more than happy to return to our local Chinese restaurant for his birthday gathering, just as we did last year, rather than have his party at the BMX track, as we had only recently agreed.
Do not let that put you off though.  The Terrey Hills bike track is a great way to entertain the kids on cooler days, or before the day really heats up, on hotter ones.
Terrey Hills BMX Bike Track  – Important info

I have also read that if there is a big pony club event next door at the Forest Hills Pony Club, they close the BMX circuit.  On the 3 occasions we have been there, it was open.

The local BMX Club is the Manly Warringah BMX Club.

If you fancy a visit to a Terrey Hills cafe afterwards, try these two:

The Tasting Deck at Forestway Fresh 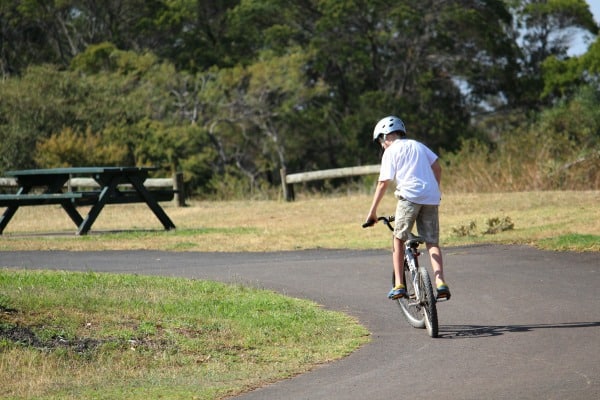 Carolyn is a mother of two who blogs about living beautifully by the beaches, on a budget. Pop over to visit here at Desire Empire.

Many thanks Carolyn, I will be taking the kids there for sure.

But on a nice cool day when the snakes have slithered off elsewhere.