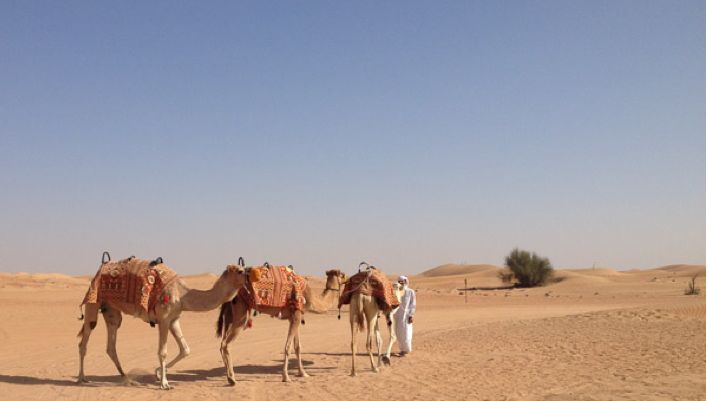 Well, hello from Dubai where I’m on an 18 hour layover. So I thought I’d pop up some photos of and information about a day trip my teenagers did in the desert around Dubai when we stayed here at the Jumeirah Beach Hotel  last December.

The two boys went off on their own to do the tour and had a great time.

They were with a very large tour company called Arabian Adventures, which has an office at the hotel and is part of the Emirates Group. So I reckoned they’d be safe enough.

Being 16 and 14 at the time, it was good for them to have an adventure without their old mum and little bother and sister in tow.

The boys loved meeting other visitors on the way, the drive took about an hour they informed me (probably unreliably.)

First stop was to meet and greet the camels. Teen17 had met camels as a wee baby, we lived in Karachi for a year from when he was three months old. Maybe that’s why he felt so comfortable with them. 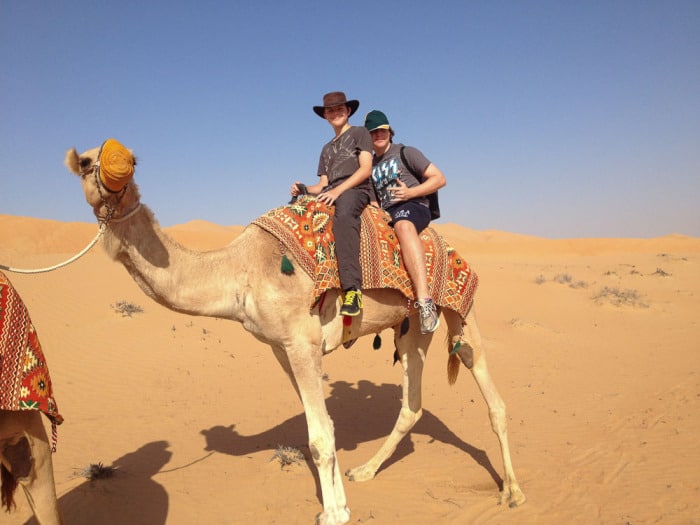 They boys said they aren’t planning on any long distance camel trekking in the near future. 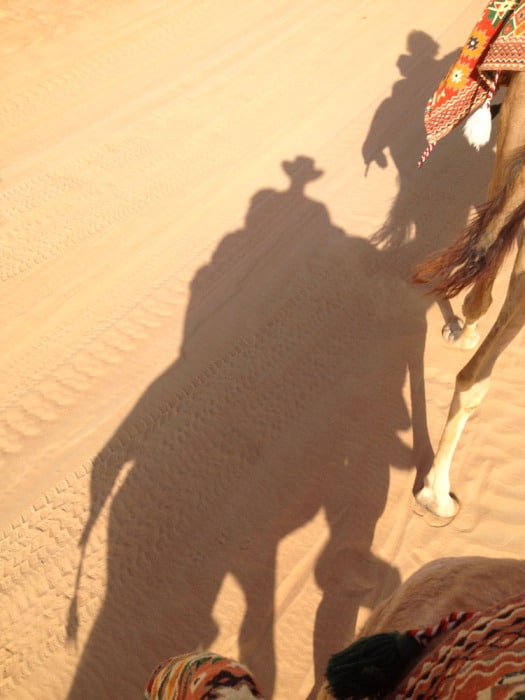 An arty shot taken by Dexbox aka Teen14. 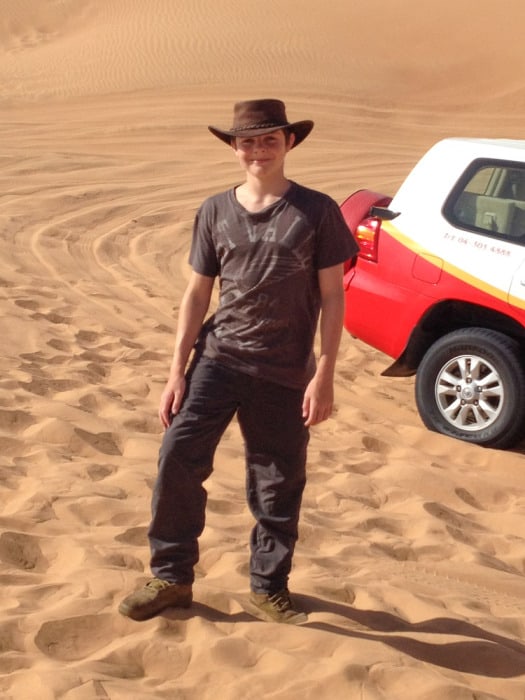 And here he is with his Akubra hat on, very Aussie. 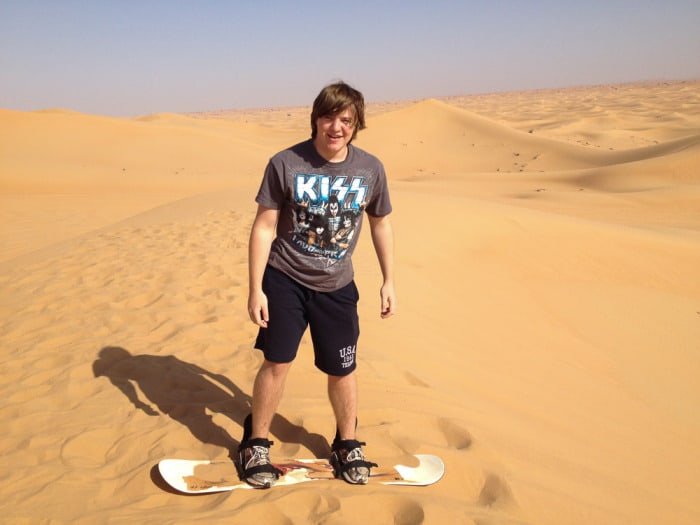 And then it was off into the sand dunes to do some sandboarding. The boys raved about this, they loved it.  Teen17 has done some snowboarding but Dex hadn’t.

They said that running back up the dunes was exhausting. The tour activity level is noted as ‘challenging’ on the website.

Thanks boys for taking these photos and letting me use them.

Dex also shot a little bit of video on his phone, which I’ve knocked up into a 30 second video… not an elegant video but you’ll get a sense of it in only 30 seconds.

The boys did the Rides and Slides tour, organised by Arabian Adventures, which has a huge range of tours on offer.

My two friends who live in Dubai recommended this company for quality and safety.

Tours cost: We paid 275 AED (Emirati Dirhams) per person which is currently about AU$80. No reduced prices for children.

Ages: Children over 10 only.

Dubai Stopovers With Kids – My Other Posts

A Dubai Stopover With Kids – Things You Need To Know

Hope you are well wherever you are in the world.