Sri Lanka, the pearl of the Indian Ocean, is a fabulous holiday destination because of its lush natural beauty and rich culture including many UNESCO World Heritage sites. I was born in Sri Lanka and have lived there for some years as well as visiting from Australia and abroad many times.

Over the years, I’ve visited numerous amazing locations around the island including golden beaches, ancient ruins, stately temples, cool waterfalls, lush jungles with leopards and elephants and rich green tea plantations. My most recent visits have been with my two young children so now I can give a few tips on seeing Sri Lanka with kids!

I have broadly outlined some locations worth visiting that might suit a family with kids. Looking at a map of Sri Lanka, distances look small, however, road travel can take more time than expected and can be hot and bumpy, so try not to incorporate too long a distance within a single day.

The locations I have suggested are mostly on the west and south coast and the central Hill Country and can be done in a loop. I have also mentioned the Cultural Triangle because of its historical and architectural importance, this area is in the North West and North Central Provinces of the Island and will require more travel.

Sri Lanka’s largest city is about 45 minutes away from the main airport. Visit restored colonial buildings like the Dutch hospital (now a shopping and eating precinct), Jami-ul-Arfar mosque and its surrounding crowded Pettah market streets, Gangaramaya Temple, Nelum Pokuna Art Street (you can buy paintings by local artists) and the nearby Viharamahadevi Park.

The Western and Southern Coast of Sri Lanka have some lovely sandy stretches of beach with several options to stay including Bentota and Unawatuna. Spend time at a resort, building sandcastles and unwinding in the sun. Also, I have heard that Weligama and few other spots have affordable surfing lessons for beginners.

Galle Fort is about 1.5 hours away from Colombo, if using the tolled Southern Expressway. Originally built by the Portuguese in the 16th century, the fort was further fortified by the Dutch.  Galle Fort is well preserved and is a UNESCO World Heritage Site. It is a relatively small and charming place to explore, within the fort you find hotels, homes, restaurants, shops. Gaze at the lighthouse with mosque opposite, walk the ramparts.

See Wildlife in the National Parks

Go on safari to spot wildlife such as elephants, buffalos, monkeys and possibly even leopards. Choose between Uda Walawe, Wilpattu, Yala (greater possibility to see leopards), Minneriya (famous for elephants). Go very early in the morning!

This triangle-shaped region in Sri Lanka comprises three historic cities, Anuradhapura to the north, Polonnaruwa to the east and Kandy to the south-west, and has many majestic ruins and historic sites. Inside the triangle, there are other places of interest; Mihintale, Ritigala and Dambulla. Anuradhapura and Polonnaruwa were the capital cities of the Ancient Sinhala Kingdoms at varying points of time and so have some amazing historical constructions and relics. 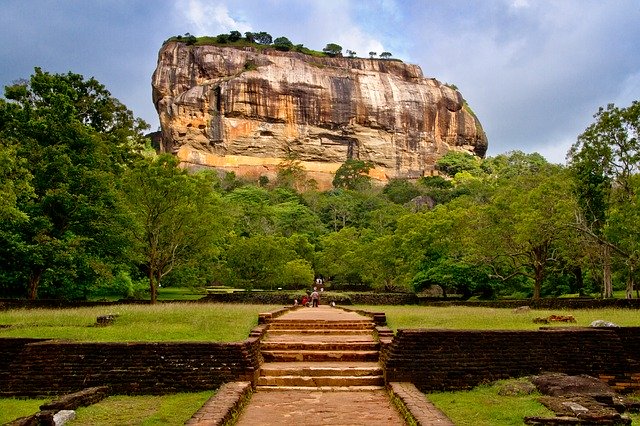 Located within the Cultural Triangle, Lion Rock originally consisted of a Citadel atop a massive rock built in the 5th Century by King Kasyapa after he seized the throne from his father in a coup. The ruins are minimal at the summit but the climb is worth it to see the amazing ancient landscaped gardens around it. On the way, stop to see the ancient wall frescoes of court maidens and the Mirror Wall with graffiti dating back more than a millennium. The climb is best done early morning (opens at 6:30 am) to avoid the heat and crowds. The climb has about 1200 steps and the last stretch is single file. This is not suitable for very young children but can be done with older kids.

In Kandy, visit Temple of the Tooth to see the casket containing the “Sacred Tooth Relic”. During June/July, the casket is carried in a spectacular procession (called the Esala Perahera) around the city. The surrounding hill country offers opportunities to visit tea factories and the train rides offer spectacular views. 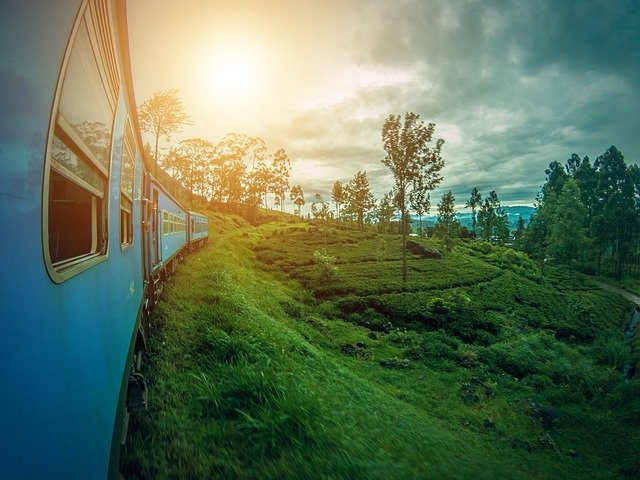 The North – includes Jaffna, home to most of the Island’s Tamils and Hindu temples

Nuwara Eliya – “Little England” with colonial bungalows, hotels, pretty gardens and cool climate was the favoured holiday spot of the English during their colonial occupation of Sri Lanka. However, roads are very twisty going up the mountains.

Sri Lanka: Where to Stay

There is a wide range of options from more luxurious hotels to simple family-run guesthouses.  Below are a few that I have stayed at or heard personal recommendations about. Note that when choosing accommodation on the budget end especially, check that they have air-conditioning and hot water in the bathrooms or any other amenities that are important to your family’s comfort.

These two adjoining properties are managed by the Cinnamon Hotel Group and set on a tree-filled landscape abutting the Habarana Lake. The rooms are quite basic but there is lots of space to run around and plenty of wildlife to observe. A range of activities is available for guests, including paddle boats and bicycles.  I myself have stayed here a few times, when I was a child and as an adult. Its location makes it suitable as base to visit historic sites like Sigiriya, Anuradhapura, Polonnaruwa, Minneriya National Park and Wilpattu National Park.

Another option in the same area in the more luxurious (and pricier) Heritance Kandalama, an iconic hotel of which I have heard many recommendations.

Sri Lanka offers a huge array of beach hotels with a wide range of prices. However, before booking, do check previous travellers’ reviews to get an idea about the type of beach you will have access to (for example, if it usually has rough sea or if the beach is more rocky than sandy) and look at pictures of the rooms and facilities.

Hotels I have visited include:

A friend of mine stayed at Saman Villas and Jungle Beach by Uga Escapes and she recommended both highly. My cousin highly recommended Amari Galle where she stayed recently but suggested to take half-board and have lunch at Galle. However, these hotels are on the more expensive end of the range.

Also location-wise, if you don’t want to go too far south just for a beach, look along the West Coast at places like Negombo (very close to the airport), Beruwala, Bentota, Kalutara (about 1 to 2 hours drive from the airport, depending on traffic). That way you could either start or end your holiday at a relaxing beach hotel.

Please do ask any questions in the comments.

Interested in holidays on the high seas? Read our Beginners Guide to Cruising With Kids.

If you’re thinking of a weekend away with the kids, click here!

Photos: thanks to Fathima and her cousin Safiya and also Thivaphoto for the lovely pictures, also thanks to the photographers on Pixabay who are happy to share some photos too.