Two talented and hard-working writer mums can give themselves a big pat on the back today. And they deserve a huge round of applause from us too.

Benison O’Reilly and Kathryn Wicks have just handed in their new edition of the Australian Autism Handbook. They can relax for a bit whilst their editor gets to work. The new edition will be published in May 2013.

You deserve a wee break. 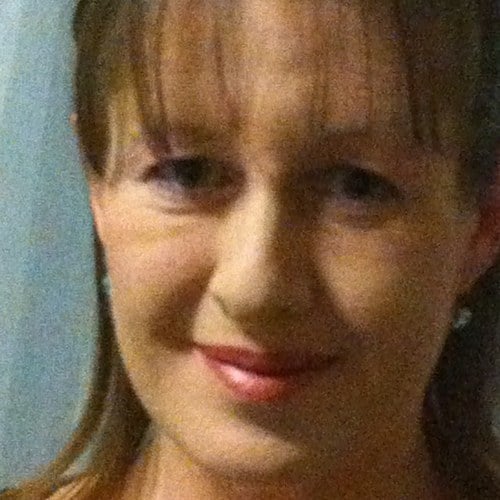 Kathryn and Benison have been working on this new edition for about the last six months, as well as doing their normal day jobs. Benison has been writing another novel as well as working as a pharmacist, Kathryn is Community Editor (reader engagement) at the Sydney Morning Herald.  Oh yes and they have five boys between them.

There are three new chapters:

Growing Up – High School and Hormones

I asked Kathryn and Benison a few questions as they laid down their keyboards and packed away their piles of papers.

Q. So how does it feel to have finished this huge job?

A. Kathryn:  I feel relieved to have finished. The changes to resources now with HCWA funding was massive!

I think, in all, it has made me much more grateful for where Darcy is now. And a little wary that at six we are in a good bit and things may again get difficult. Mostly I am just enjoying the good bit.

It still pains me a lot that everyone doesn’t have access to ABA, but NDIS might get us closer to that.

Q. How different is the new edition in terms of changes in autism diagnosis and  treatment, Australian landscape  etc etc

A. Benison.  Much has changed in the last five years – more than I anticipated when I set out to revise the book (she says tiredly). Probably the most significant are the new DSM-5 diagnostic criteria for autism spectrum disorder, which come into force in May 2013.

There’s also much more information on the Helping Children with Autism package, which was largely an unknown when the first edition of the AAH was published.

With respect to interventions we review ‘the new kid on the block’, the Early Start Denver Model,  which is producing some impressive clinical trial results.

Finally, I was astounded how much more we’ve learned about the causes and risk factors for ASD in five years. That chapter in particular required a big overhaul.

There has been a huge injection on funds into research since 2006, thanks in part to Autism Speaks. Families will eventually reap the rewards from this, as the more we learn the more learn about causes the more effectively we can target treatments.

A. Benison. I’d like to think we will have some really good targeted treatments, based on all the fascinating research that’s happening now.

We are likely to have some quite reliable genetic tests for ASD too.  It would also be nice to have an functioning and equitable NDIS – fingers crossed about that one.

I will have a 16 year old like you have now, Seana, so I think you may have an idea what I’ll likely be going through.

Will I front up again for a third edition? Ask me in a few years, as I’m pretty exhausted right now!

A. Kathryn In five years’ time I will be like Benison and be fearful of what puberty will bring!

The AAH edition one was a best seller. It was great to know it got to the people who needed it at a very difficult, acutely emotional and stressful time in their lives.

On many occasions we met mums and dads who had read the book as their kids were diagnosed as being on the autism spectrum. They thanked us and I think it’s safe to say that, on these many occasions, there was never a dry eye in the house.

We were proud that our book mixed the emotional with the scienific with the practical and informative.  And it’s wonderful to know that all the new findings of the last five years are in the new edition and where they need to be: in the hands of newly diagnosed families.

A big thank you to Jane Curry who knew this book needed to be written because she had seen so many of her friends and school mum pals felled by the emotional axe that is an autism diagnosis.

Some people asked if it was hard to for me to let go of the book. It wasn’t because I didn’t think I was the best person for the job. My husband is away more than he is here this year and singlehanding the four children is a tough.  I can’t afford to become overwhelmed so am only doing wee writing  jobs not big ones. And this was a great big one.

Benison and Kathryn were definitely the right girls for the job.  They had to quickly get totally up to speed on EVERYTHING autism spectrum-related in this country, and then write about it all in a very user-friendly way.

Well done girls, hope you enjoy your rest and recuperation.

You’ve got a few weeks before the edits come back.

Get those feet up, let the boys look after the mums.

And a big thank you from me, from Jane, and from all the autism mums and dads out there who will really need and appreciate this book.