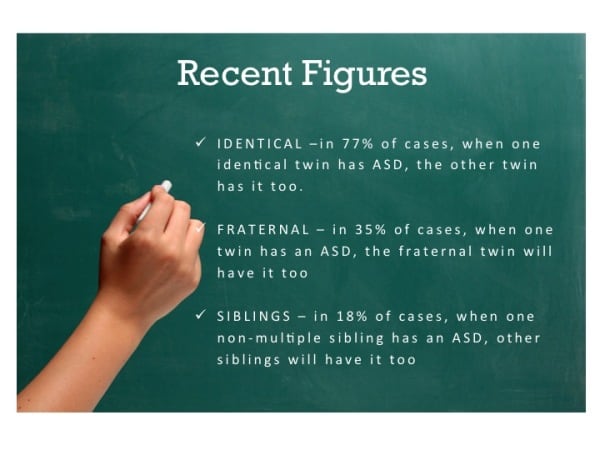 Here’s the second post about autism spectrum disorder (ASD) and twins, following on from the interview with a mum whose identical twins both have ASD.

Here are words of wisdom from two mums who have twins, where only one twin has ASD.

Julie is a mum of non-identical twin girls. One of her daughters. Amy, has ASD and other health issues. The other twin, Isla, is typicallu developing.

Did you spot issues in Amy early on?

Yes – I knew at 12 months. At her christening, her issues were obvious. She would not wear shoes or stockings. She hated the people looking at her and wanting to touch her. But when we got home she was fine.

She stopped eating foods, and her eye contact went. Plus Isla was developing typically, so it was pretty easy to spot the problems in Amy.  But still the doctors thought I was mad, at first.

What is the impact on Isla?

It’s hard – it is not the typical twin experience so it can be heartbreaking.

But luckily Isla has an older brother who  loves to play with her albeit on his terms but she is mostly ok with that.

One thing that is hard for Isla is that Amy will not play with her and will try to hit her if she cries. If Isla wants to dance with Amy like she does with her friends at pre-school, Amy yells at her.  Poor Isla cries and then Amy hits her for crying as she does not like the sound of crying!!!

The hardest thing is when people say. ‘Ah twins….I’d love twins they are soooo cute. It must be so nice to have a best friend and a playmate.’

I tend to smile sweetly and say ‘yes’ but inside my heart is breaking as I would love that. But that is not my twins.

I hope the future will hold that with intervention but I feel ripped of that benefit of having twins!! 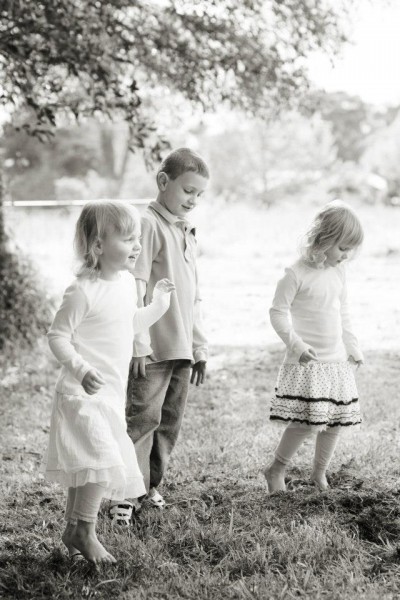 How do you manage as a mother?

With help. I have a lady who comes in the afternoons and without that I would be rocking in the corner.

What message would you pass on to other families of multiples affected by ASD?

Get help. You cannot do it on your own. Follow your gut, Mum knows best.

Make the changes you need to. We have had to renovate as the girls shared a room. Between Amy’s poor sleeping plus poor smearing and head banging and vocalisation at night… it didn’t work.

We divided a living/dining room in half to make an extra room and a therapy room. It was the best thing we ever did!!!

Josie Gagliano has boy/girl twins who started school this year.

How did you settle both kids into school?

The fact that they are twins helped greatly, even though they were in two different classes (my daughter Estella in mainstream kindergarten; my son Rafael in the autism support unit class).

One encouraged the other about where they were going, each morning. There were no tears at all (mine only), and they adapted super-quick.

I am convinced that three days a week or daycare helped them ease into school quickly. They play with their separate group of friends although they look for each other in the playground, and carry on.

My son’s speech therapist also produced a picture book just for him on the whole process of going to school, but he’s already used to it. They are each others’ support and ally.

Josie is a journalist who blogs on pop culture at www.josiesjuice.blogspot.com, about twins at:  www.twinnieworld.blogspot.com and about ASD at : http://ourautismadventures.blogspot.com.au/

I’d love to post more wise words from families, if you’d like to get in touch with me just email me: seanalucysmith at gmail dot come

All the best information and ideas come from other parents!

My own son is 16 now and very keen for me NOT to write about him: ‘That would be cyber bullying, Mum’ he says.

Here’s to all the mums and dads of kids with additional needs. May the force be with us.