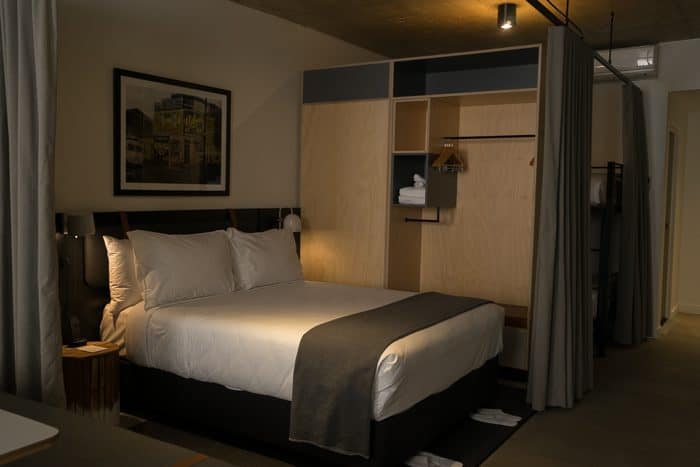 Now here’s a handy central Sydney apartment hotel suite for families. The Tribe Room at the Veriu Broadway has a king bed plus two bunks partitioned off but still handily close by. There’s also a sofabed so this space can fit five. 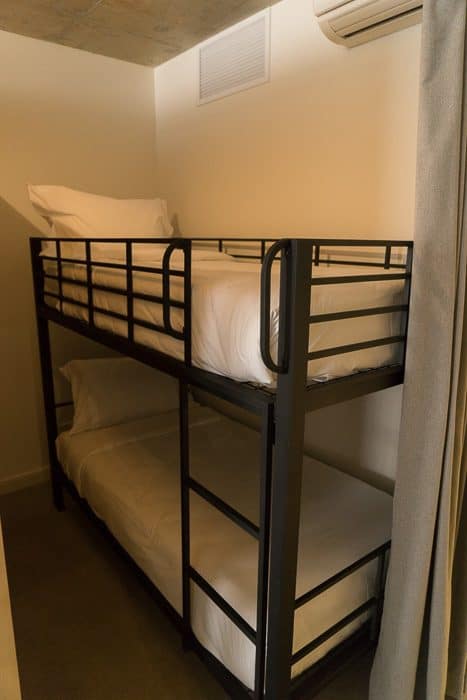 The Veriu Broadway has been created within an old warehouse, once a leather tannery. Exposed brickwork and beams pay homage to the industrial past of the building and this area.

Just off Broadway, close to the Shopping Centre and the area’s many universities, this is now a bustling coffee-fuelled business district.

Each apartment in this hotel has a compact but complete kitchen, no need for a mini bar, hooray say all the mums and dads.  There are some suites for two, some can fit four or five. 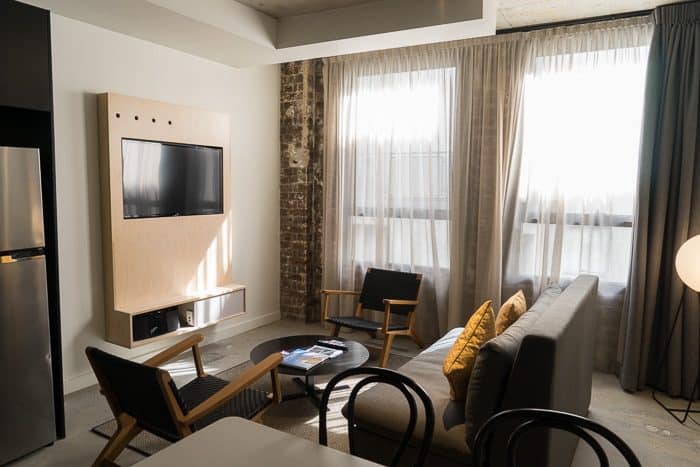 Other suites can offer two queen beds plus a sofabed, sleeping five; others have a single queen plus sofabed, ideal for families with one child.

NB If you book direct with Veriu, there’s a 10% saving, extra fast wifi and a free daily coffee plus free bikes and local area hosts.

Prices:  I had a look at room costs for two adults and two children and they ranged between $290 – $450 depending on the day and time of year.

Veriu also has a stylish apartment hotel in Camperdown, check it out here.

Veriu Central is in the refurbished Wentworth House at 75 Wentworth Street, Sydney, NSW 2000.

This area around central Station and Broadway is pretty handy for all sorts of kids’ attractions. It’s an area that tends to be a bit cheaper than mid-city too.